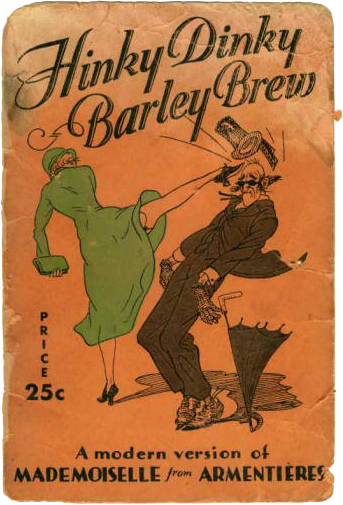 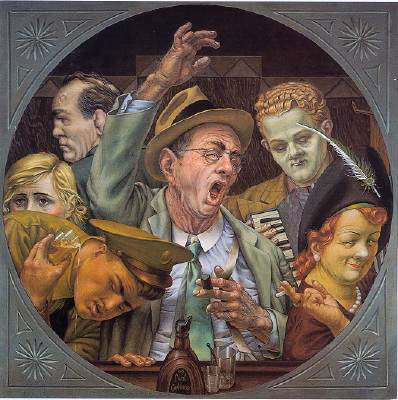 If we break down this painting it appears to me that we have a drunk in a bar, reveling in song. That the song is titled after our favorite, ribald WWI song and depicts as it’s a focus, a man who appears to be old enough to have fought in ‘The Great War’ may be significant. The fact that neither the young man in uniform, nor anyone else seems to be joining him in song is interesting. Evidently, the accordion player takes requests and has a repertoire that belies his years.

Paul Cadmus’ body of work is often termed ‘homoerotic.’ The bottle is in front of our vocalist, so he’s buying the drinks. Perhaps the middle-aged gentlemen is attempting to seduce his companion, the only other figure shown with a glass. Or perhaps he’s just celebrating with a son who’s just joined the service and I’m reading far to much into the narrative.

There's just:
17 hours 19 minutes 9 seconds
until the next broadcast of
Hinky Dinky Time!